Atkinson, Neb.-04/10/2014- Jack Hoffman, 8, does a flip on the trampoline in his backyard April 10, 2014 while his two sisters, Reese, 3, left, and Ava, 6, walk around the edge. Jack was diagnosed with pediatric brain cancer at age 6 and underwent two life threatening brain surgeries. The Hoffman family wanted to give their son a chance to meet Rex Burkhead, a Nebraska football player, and since that meeting Jack has scored a touchdown in Nebraska's spring game, won an ESPY, and met President Obama in the Oval Office, among other memorable moments. Jack has been in remission since October 2013.
LAUREN JUSTICE/ Lincoln Journal Star 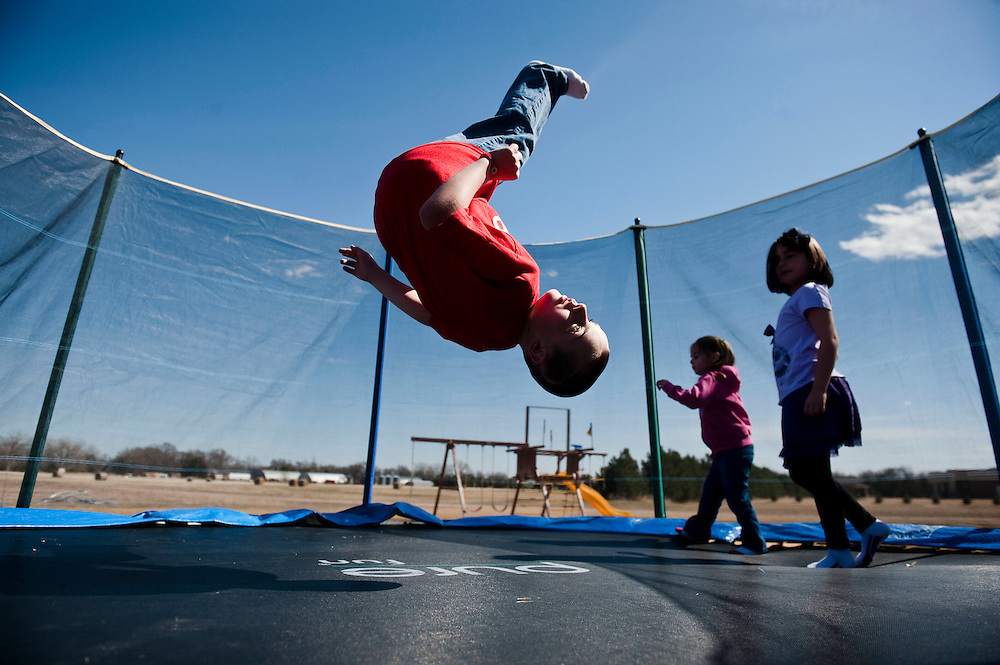